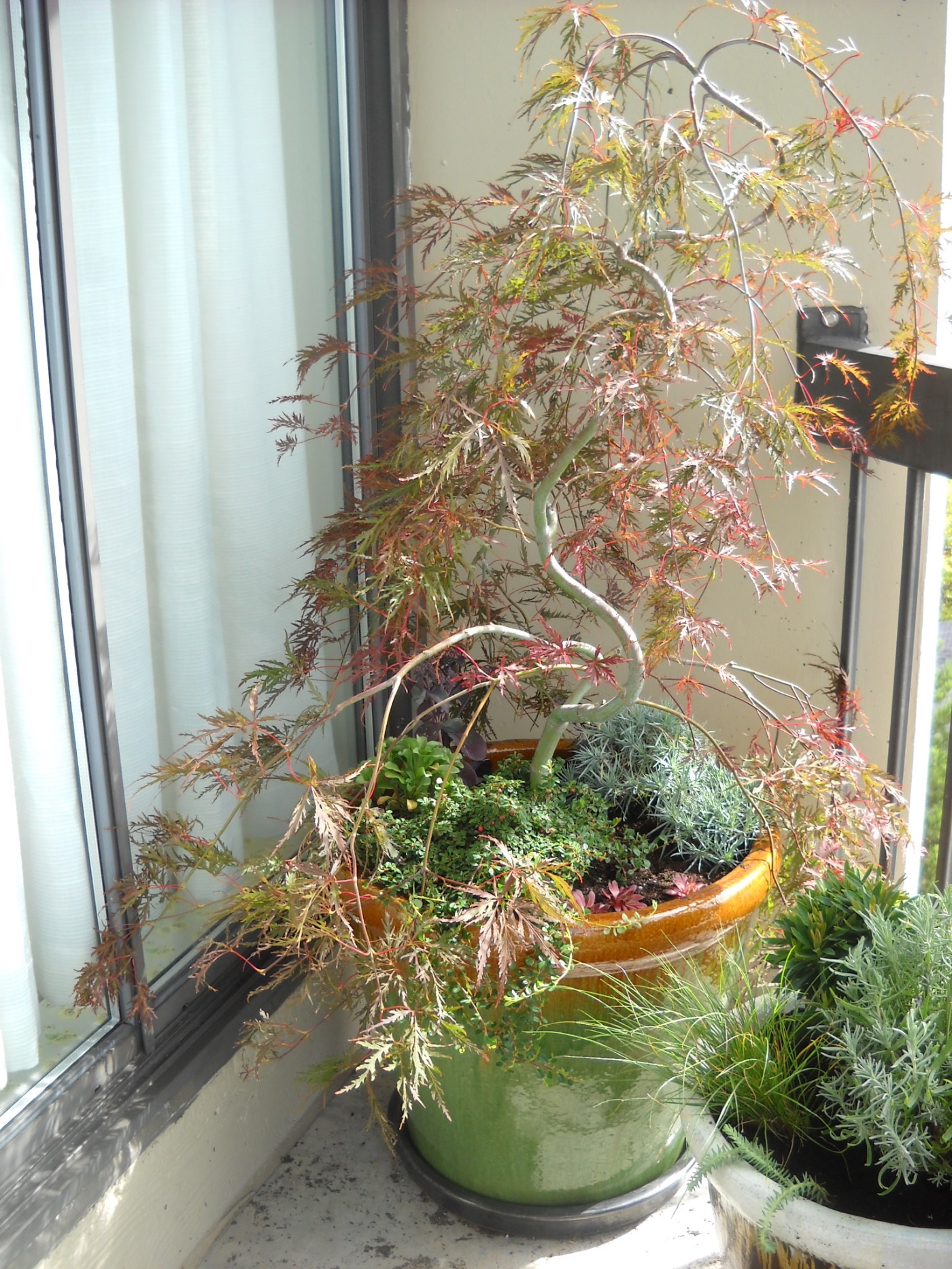 As promised, here’s another container for the balcony garden. Remember, this is a south facing garden on the 7th floor, with a duplicate balcony above it on the 8th floor, so it gets a little shelter from storms, but is therefore in a rain shadow. Don’t forget to water your outdoor container garden, even if it rains. 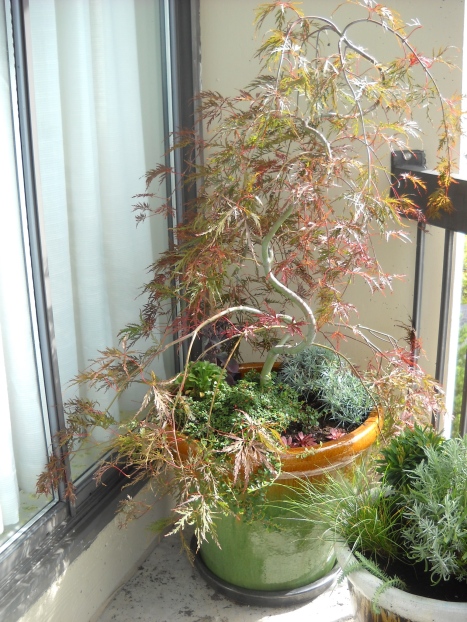 I planned to use a grafted PeeGee Hydrangea (‘Limelight’) that I saw at the nursery, but they were all gone by the time I returned only a few days later. But saw this Japanese Maple, and couldn’t resist. I was pretty sure I’d seen ‘Inaba Shidare’ in the list of trees that tolerated full sun fairly well, so I nabbed it.

Japanese Maples are “understory” trees, so in their native environments they receive some shade from the taller trees around them. In our temperate climate, our not very cold winters, not very hot summers makes it a little easier for the JM to tolerate our sun. Besides, this balcony does get a little less than full south facing sun because of the over balcony.

This ‘Inaba Shidare’ is beautifully shaped, so we’d like to be able to see this feature even as the tree grows and fills out. This means judicious pruning of new branches, and keeping the under plantings short. Hence the following:

This is actually a ground-covering woody shrub, the lowest growing of the cotoneasters. It’ll have flowers in the summer and berries in the fall/winter, and never grow high, but will begin to tumble over the edge of the pot. The colouring will complement the red/green of ‘Inabe Shidare’.

All of these will bloom pink, the first a deep almost red pink, the second a lavender pink, the last a rich pink with burgundy foliage. Short ones toward the front, tall one at the back.

Also called “Hens and Chicks” (but since there’s only individual rosettes here, no mums-with-babes, I’ll call it a Houseleek), it’s real name is Sempervivum. (You can just see a few reddish spikes at the front of the container.) This is a fun red colour, and the pot I bought had a large extended family of rosettes, so I split them up and divided them among several containers. They multiply like crazy, but like most perennials, they “sleep the first year, creep the second year, leap the third year”.

I haven’t commented yet on the containers themselves. There was nothing about the balcony itself that I could coordinate with, so I just asked the client to find something that he liked, and then we looked for appropriate sizes that would match or compliment one another. Containers aren’t cheap, so when you can find them on sale, it may be worth compromising on exactly what you had in mind for the sake of the significant cost savings. In this case we had a pretty small budget, and yet were able to get the sizes we needed (three 24″ diameter pots and three 18″ diameter pots) and still splurge on the plants themselves.

Sometimes you’ll do the exact opposite–the aesthetic of the containers will be more important than what goes in them. This was not that.

That’s it for the trees. Next up will be the grafted shrub–what  cool idea! 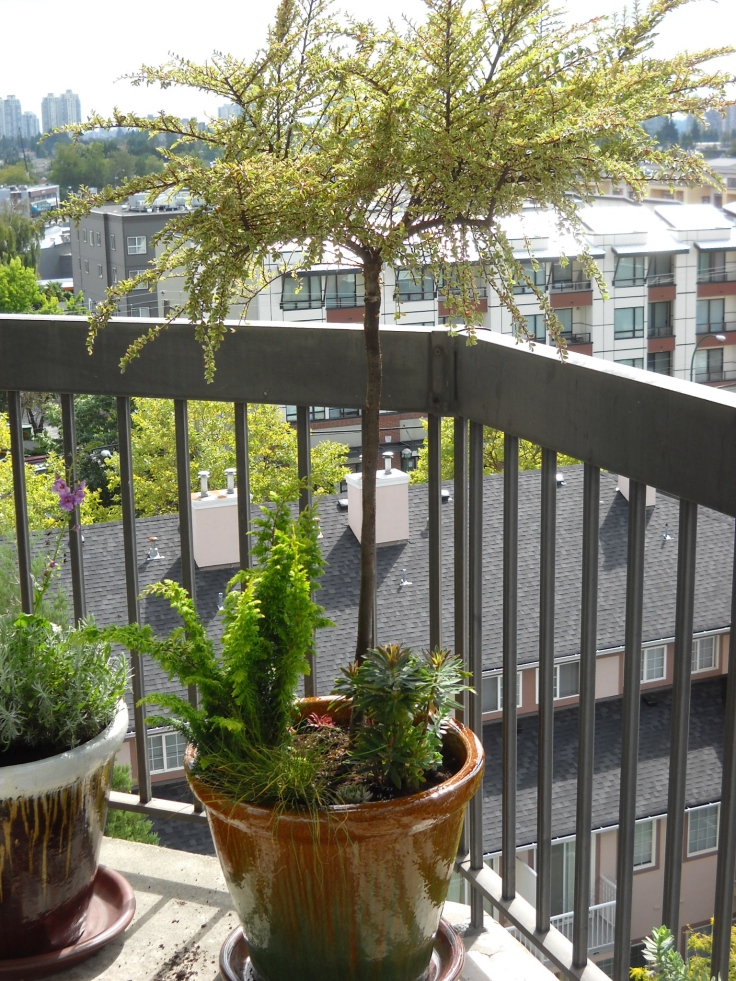 Let me know what you think of my creations, and add suggestions. I’m not a big fan of annuals, so you’ll seldom see them in my container gardens, unless they’re annuals that think they’re perennials. But I’m open to any ideas.