If you want to increase your plant stock economically, you can’t do better than hybridizing daylilies. But that’s not why I did it. When I saw how easy it was, and that I actually got seeds, and that I could plant them, and that I could get brand new, never seen before daylily flowers, I was hooked.

Here are a few of this year’s crop, some flowering for the first time: 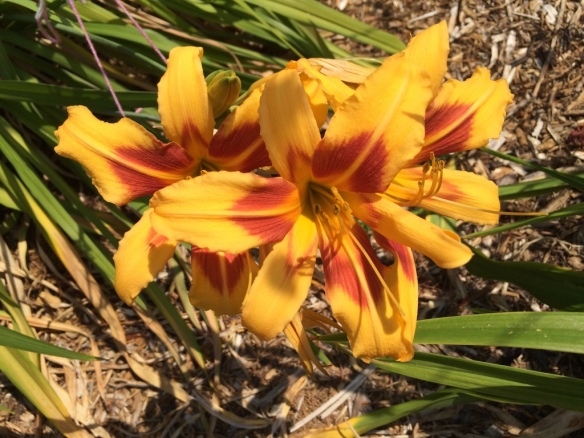 Daylily: This is a pretty flower, but a suboptimal flower stem. It’s leaning way over under its own weight.

Daylily–This is a sweet diminutive flower–should be at the front of the border, whereas it’s currently hidden behind taller things.

Daylily–Another with a neon yellow throat.

Daylily–This is another that the camera misrepresents: it’s sort of a pink-ish red.

Daylily–One of the daylily styles is called “spider”. This one is almost a spider–should have slightly more folded/thinner petals. but I like this one. Would like it better if it had more flowers per scape. 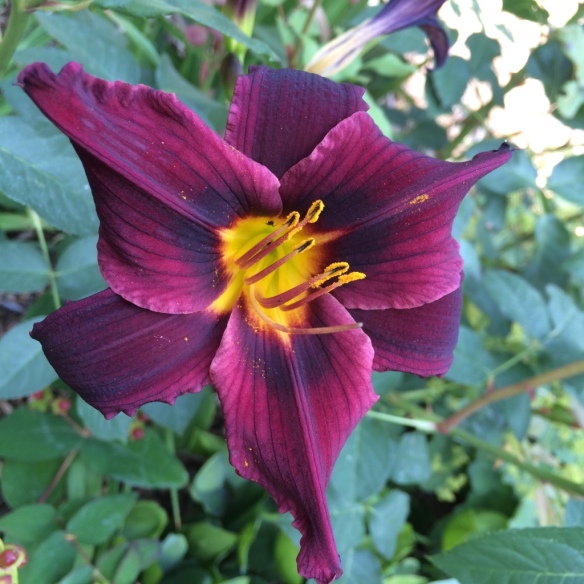 Daylily–Now this and the next really are my favourites. And again, the camera did a mis-service: it’s actually even darker in colour. 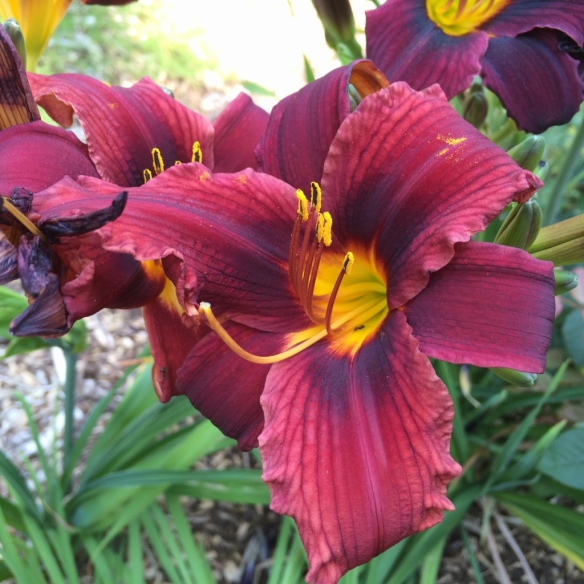 So the above daylilies are all no-name varieties that I hybridized. And here’s the mini-tutorial:

First you’ll find a fresh daylily that has lots of pollen on the stamen:

Botany 101: Reproductive parts of the flower: male parts are the anther holding the pollen, and the filament– the stem holding up the anther; collectively called the stamen. The female parts: the pistil with the stigma at the top (blurry white dot in the pic) which receives the pollen, and the ovary at the base of the stem, or style. 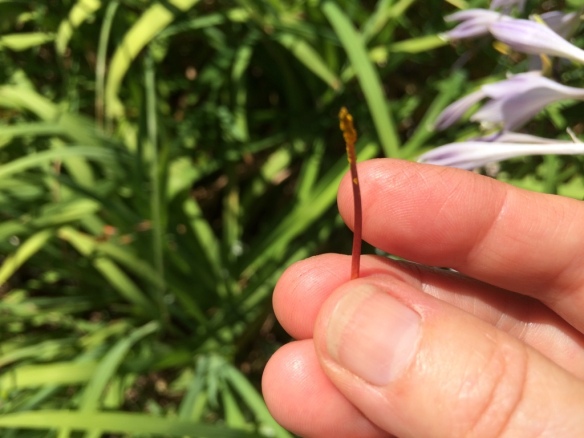 Carefully break off a stamen with lots of pollen.

Choose a different dayliliy that is also fresh–they only last one day, so it’s pretty impossible to get a non-fresh bloom. 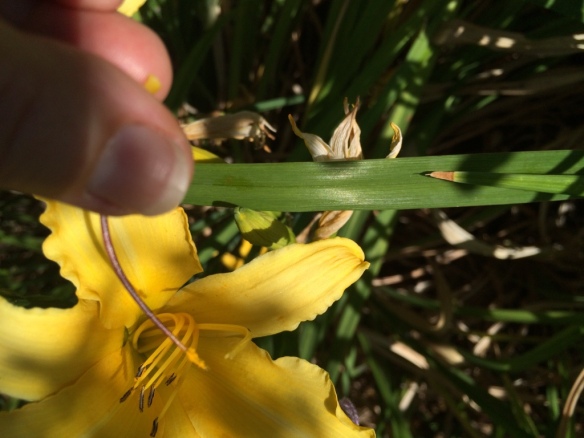 Dab the pollen onto the stigma 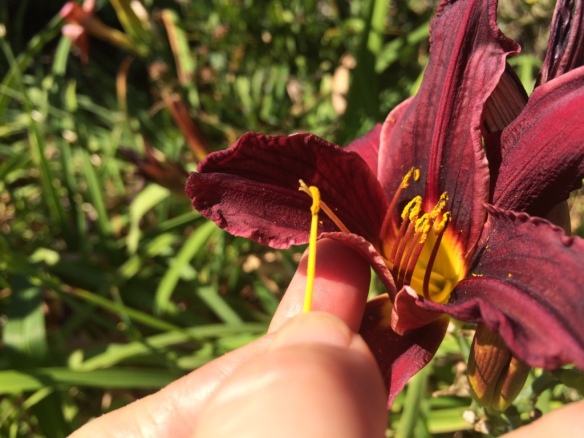 Using the pollen from the same yellow daylily to pollinate the red daylily.

Then DON’T DEADHEAD THE FLOWERS. And pretty soon you’ll see this

The ovary is swelling with developing seeds. The visible stumps are where other flowers fell off, but this one actually pollinated, probably by birds bees or bugs.

Many seeds, many different genetic varieties:

The flowers above are all ones that I’m willing to give another year or so to prove that they’re worthy to keep. They need to have sturdy enough stems to stay upright, and enough flowers per scape (flower stalk) to justify taking up space. Like this:

These are over 4′ tall and perfectly upright. With lots of flowers on them. This is definitely a keeper.

This on the other hand, altho a cute little flower, can hardly stay upright with only one flower in bloom. And hardly any other flowers. I’ll give it one more year to see if it changes, then if not, “shovel prune” it. 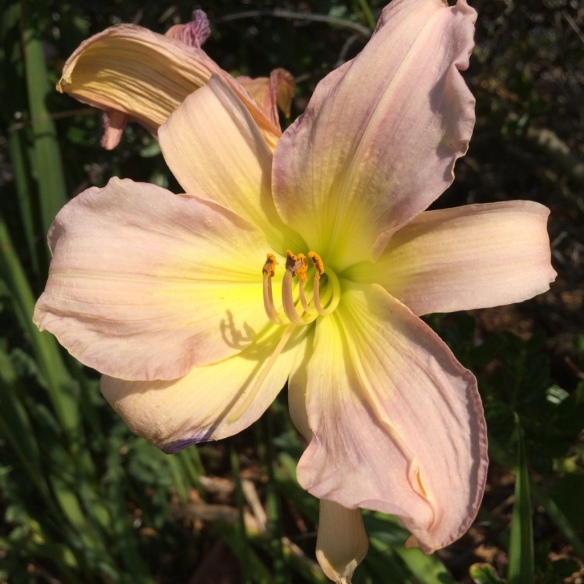 This one is just too boring for words, so like I’ve done with many others, I’ll dig it up and put it on the street for someone else to give it a home. Or I’ll bring it to Garden Club next week.

I’m getting pretty ruthless with my “babies”. Pam Erikson said she gets as few as one marketable plant out of 5000 or so hybridized. She has pretty strict criteria.

If you have any questions about how to do this, leave a comment.