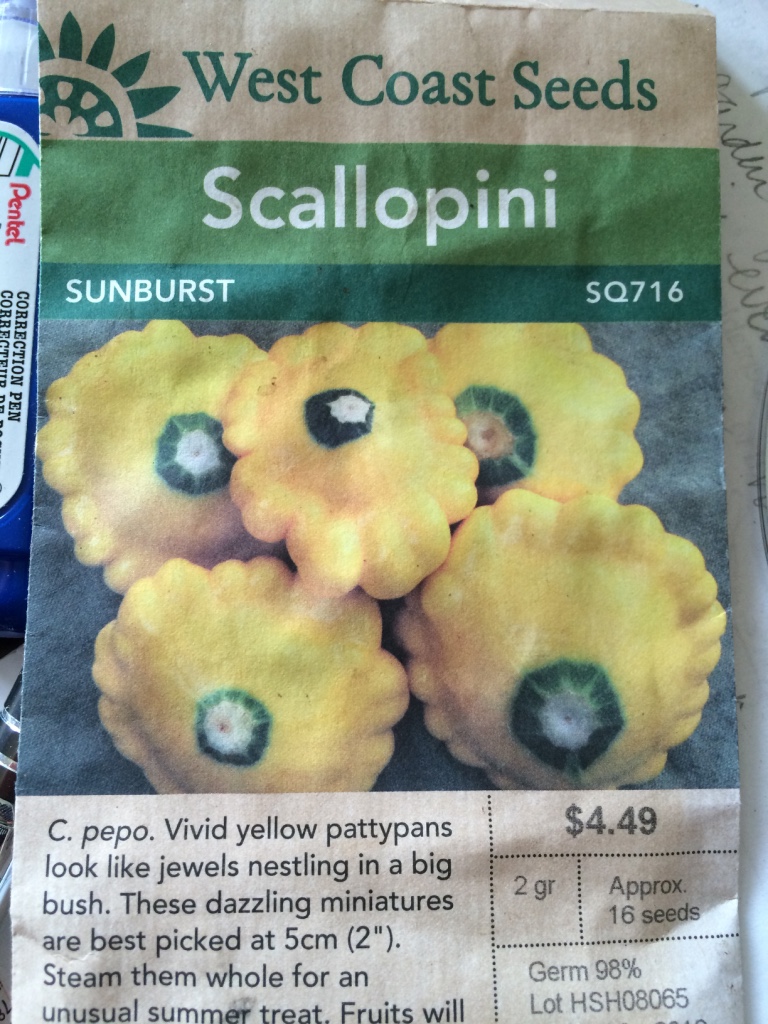 A few years ago I tried to grow squash from seed for the first time. Actually first time for growing it from anything. I’m not a big fan of zucchini and other summer squashes, and just didn’t want to bother with an entire growing season of caring for winter squash for the sake of one or two pumpkins. Apparently most people expect a better harvest than one or two squashes, but my vegetable-growing skills aren’t as developed as my other-than-vegetable gardening skills, so I keep my expectations low!

The reason I decided to grow something that I didn’t much care for was mainly to promote a little more fresh-food-balance in my usually suboptimal diet. Food fresh from the garden is undeniably better tasting than food from the grocery store. And when you harvest yourself, you neither have to go to the grocery store–one of my least favourite tasks–nor store the food once you’ve bought it. You just go outside, pick what you want, and either eat it fresh or cook it within minutes of picking.

So I grew squash–that is, I sowed squash seeds. Don’t remember what squash I grew, because I never got to eat any of it. Because my plants only produced MALE flowers until it was too late to actually grow any. I googled “Why is my squash plant only producing male flowers?” and actually got some answers. Seems I wasn’t the only one with the problem. But by the time I did this it was pretty late in the season, and the cold weather came before any mature squashes. (Makes me think it was probably winter squash I was trying to grow. They take longer to grow, but have to be at least semi-mature before the weather gets cold and miserable.) 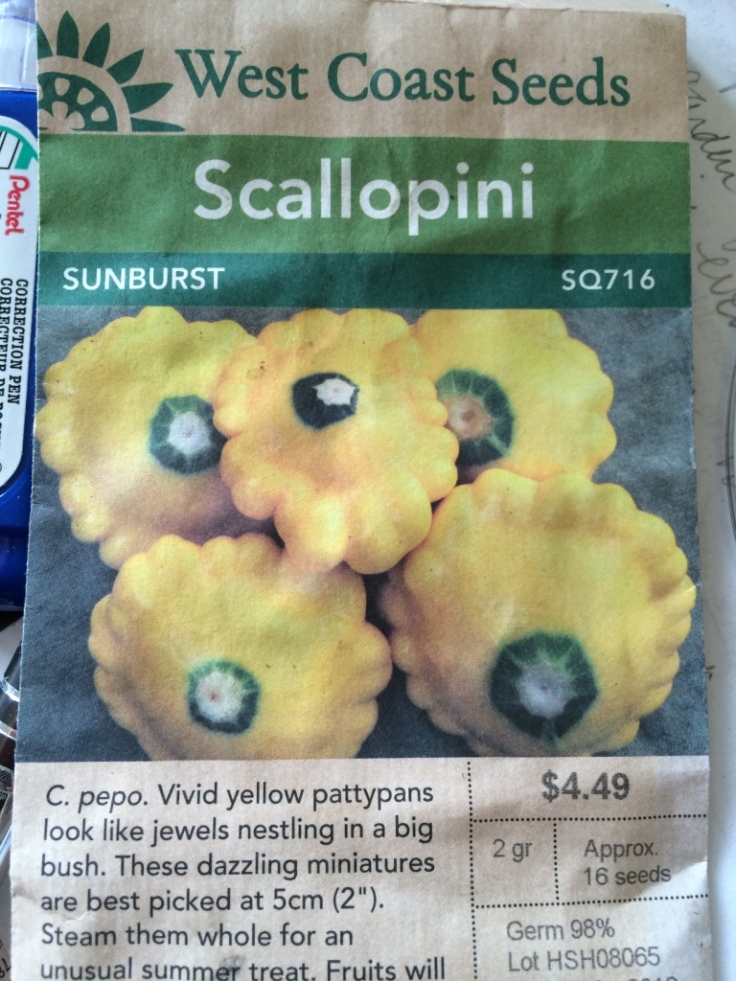 Now here I am trying again, and my Pattypan squash has just begun to flower–MALE flowers! Aaargh! Checked in with Mr. Google (because of course barely remember what I read 5 minutes ago, never mind 5 years ago) to find that it’s totally normal for the first week or more of flowering to be all male, and indeed, as I look more closely at the rest of the vine, I see female buds way up the line.

I find it easier to just look underneath and see if there’s an embryonic squash there. None here (above).

Way up at the newest growth this teeny-tiny female flower is just beginning to bud.

OK, so I know I’ll have at least two squashes (at 2″ across, that will feed me for about a minute.) But no, just because they’re there, doesn’t mean they’ll produce squashes. Because what we’re seeing here are actually ovaries, not miniature fruit. They have to be pollinated in order to produce. Look at my neighbour’s mystery squash:

The flower is fading, and the fruit has started to grow.

This one on the other hand probably never got pollinated, because it’s shrivelling away. And there are others the same that have fallen off the vine.

What to do? Well, optimally, you’ll have planted or sown pollinator-attracting flowers all around. This would include all the parsley family–dill, cilantro, parsley etc., and anything else that has tiny compound flowers like that–alyssum, annual candytuft, yarrow… But maybe you didn’t. All is not lost, you can pollinate the female flowers yourself, as long as you have a male flower.

Here’s the male flower again, with its stamen loaded with pollen. Since you of course read my post on hybridizing daylilies, you know where this is going. You’re going to use the stamen as a wand to apply pollen to the female flower.

Since the stamen is pretty short, it’s easiest to just remove the petals so the “wand” is a little easier to wield. Now you’ll just dab the pollen on to the pistil of the female flower, which I can’t show you, since I still don’t have any female flowers ready. Nor does my neighbour, or I would certainly “borrow” it for the sake of the lesson.

One last thing: you, like me in my previous attempt to grow squash, may still have only male flowers. Not only do the female flowers come out later, but they are less likely to appear at all in the presence of stress. Not enough water, not enough food, not enough sunlight are the main problems the squash plant may experience and therefore not have the resources to produce fruit–ergo no fruiting flowers. Water: enough to maintain damp soil 4-6″ deep. That may be 1″ per week, or more if you have sandier soil, or more plants, or more fruiting. You’ll need to check. Sunlight: “full sun” is considered to be 6-8 hours of direct sunlight per day. You’ll need to check. Food: use a good shovel-ful of compost in each planting hole–but we’re beyond that. Add 2″ of compost now, and if you have a few flowers, it’s the right time to add organic fertilizer according to your package directions.

There you have it–everything you need to know to get your squashes back on track. If they were off track. I think I’ll assume mine are a little off-track and increase my watering and feeding schedule. I haven’t been checking.

Do you want to add a vegetable garden design to your outdoor space? Contact RLGS via the About/Contact page.