Yesterday I mentioned the two ephemerals Sanguinaria (bloodwort) and Erythronium (trout lily). The Sanguinaria was coming up under the foliage of the Asplenium (hart’s tongue fern), and the Erythronium is concealed behind the Buxus (boxwood). But spring ephemerals are perennials that erupt, bloom, set seed and “die back” all in spring, so that by early summer there’s nothing to be seen but a bare space.

So in fact, I could in theory have left the fern where it was, cut off the foliage, which is normal procedure for most hardy ferns, and allowed the Sanguinaria to grow and bloom (or “bloom and grow”), because by the time the fern’s foliage was well up and in danger of  hiding the Sanguinaria, there’d actually be no Sanguinaria left visible to be hidden.

Now, as it happens–and this is where “Viewpoint Part II” comes in– from my “preferred view from my living room window”  the fern was obscuring my view of the waterfall, and I couldn’t have that! So fern was moved, replaced with something that will stay shorter.

But that brings me to ferns, and cutting down foliage.

Of all the ferns with really ratty late winter/early spring foliage, Asplenium is the least ratty. In fact, were it not for the utter beauty of the new foliage coming up but hidden in the old foliage, one wouldn’t feel the need to prune away the old foliage at all. 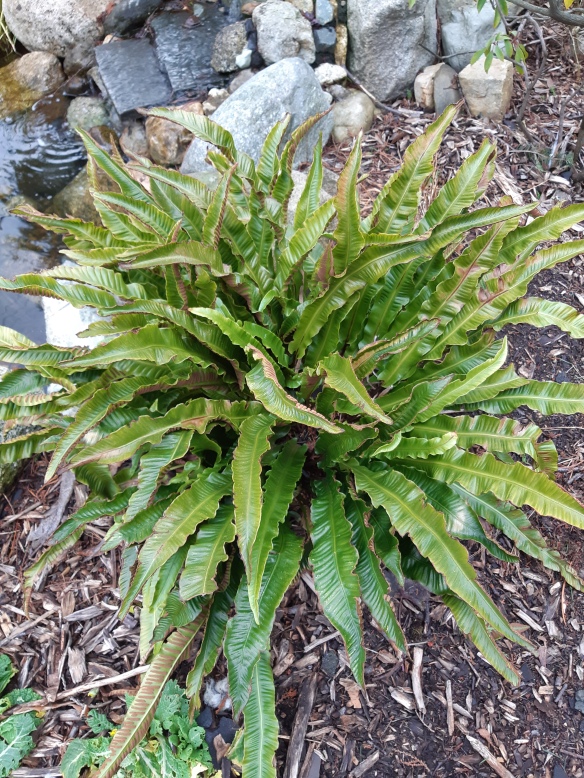 But then I’d miss this:

Some other ferns I don’t hesitate to prune to the ground as soon as I can, there being nothing of aesthetic value. E.g., the following: 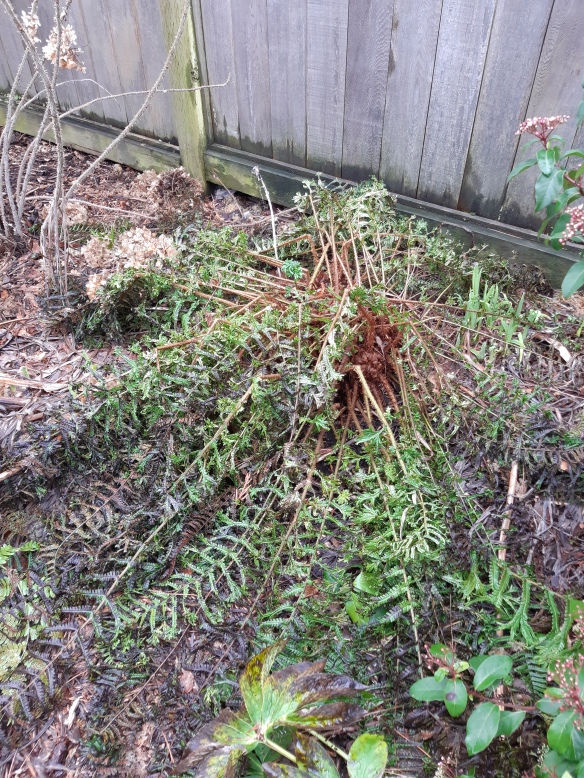 Dryopteris affinis ‘Cristata’–Crested Male Fern–is one of my (many) fave ferns. Not at all beautiful in Feb, tho’ technically “evergreen”. But in summer:

…stunning. So I chop off everything above ground, and now I’m waiting for the “tarantulas” to unfurl: 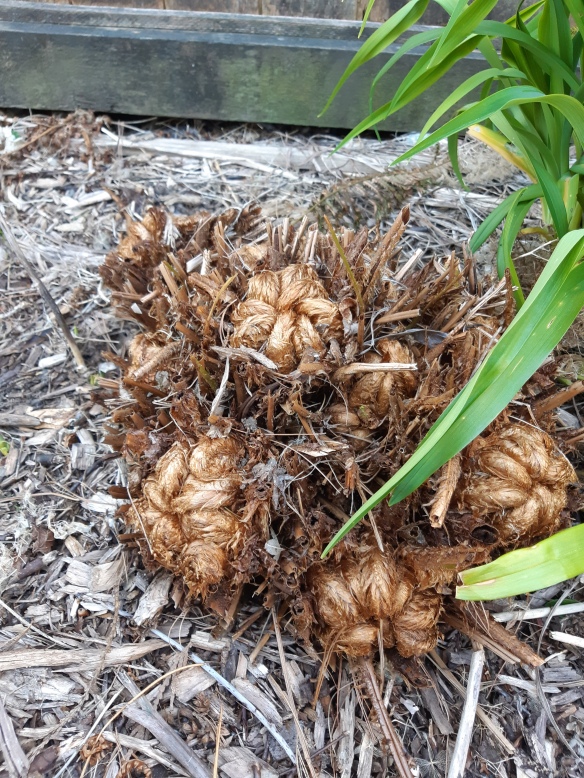 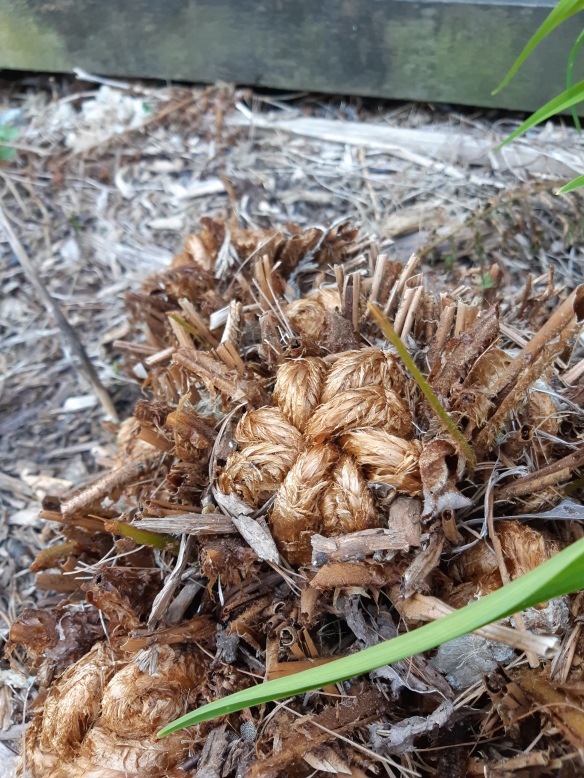 Adiantum venustum–Maidenhair fern–behaves differently from year to year. This winter, altho’ not any more severe than any others lately,  she suffered a lot of die back, so even tho’ the dead and “mostly dead” foliage was lying flat on the ground, and new growth rises prettily above it, I pruned away most of the dead stuff so that when the new growth began it would indeed be pretty, like this:

Adiantum venustum–click to enlarge–in fact, all images can be clicked to enlarge. 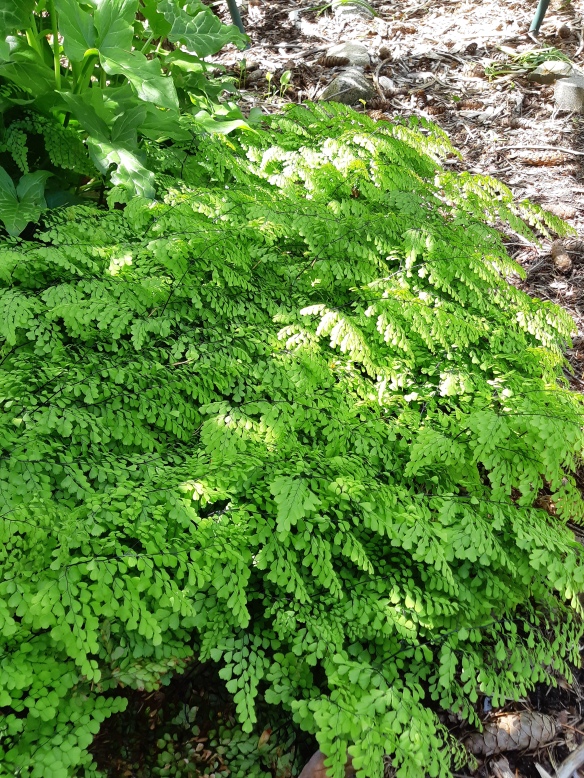