I just read this in Friday’s Burnaby Now: “Burnaby Subsidizing Pricey Bug Packages”. Isn’t that a great heading? Even I, who has lawns on the brain, having just finished a new project with lawn in the front and the back, and having ripped up my front grass for reasons that will become apparent, didn’t clue in to the story behind this heading.

If you haven’t yet been educated about the effects of ECB damage, you might find this post interesting.

Most years since the ECB really took off, Burnaby has offered a subsidized nematode package to Burnaby residents. This article is a reference to complaints that the product is an overly pricey version whereas Canadian Tire and Home Depot have nematode packages for less. Well, if I were using nematodes for my (now non-existant) lawn, I’d want the most effective.

Here are the details, for those of you who are Burnaby residents. Don’t wait too long–they’re taking orders only until Wednesday (June 24 2015). If you aren’t a Burnaby resident, you may borrow a Burnaby resident friend who doesn’t need nematodes to get you the deal. I’ve tried to find out which other Metro Vancouver municipalities are offering reduced nematode packages, but if any are, they’re not advertising very well.

Of course, you don’t need to get nematodes from your city–most nurseries and big box stores will have them. Just make sure it’s the most effective species: Heterorhabditis bacteriophora.

And this is why I don’t need nematodes for my lawn this year: 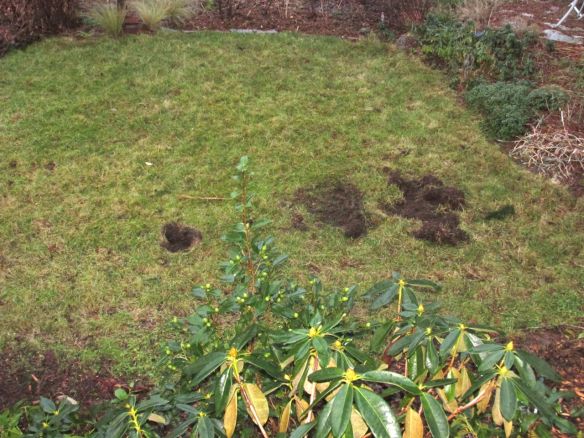 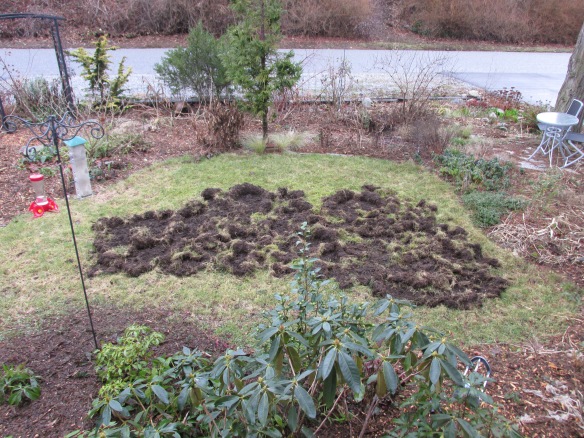 Dec 30 2014. Lots and LOTS of racoon damage inflicted in the space of about one hour early yesterday morning. 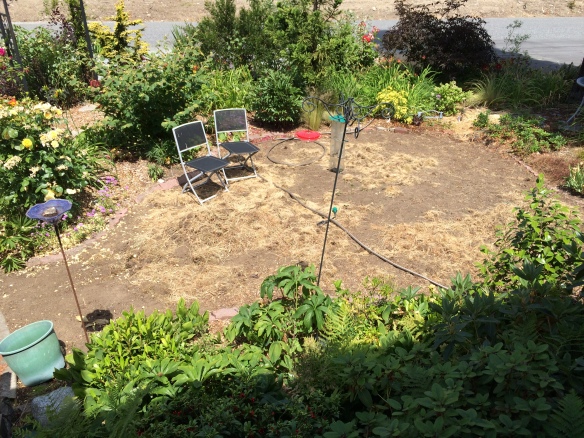 Today, June 22 2015. Ready for me to start digging a pond. After I call BCOneCall of course!

2 thoughts on “The Battle for Your Lawn”